I have a HUGE couple of months coming up. I’ve been writing like a mad woman, hidden in a cave with electricity. I’m on the verge of finishing off about five manuscripts I’ve been working on for a long time. The joys of having a short attention span, I guess.

First up, I have a brand-new MM series coming out (pun intended!) called the Fake Boyfriend series. Book one is titled Fake Out. Maddox enlists the help of his best friend’s brother to pretend to be his boyfriend to attend his ex-girlfriend’s wedding back home. It’s light-hearted and fun with plenty of steam.

Release TBA, but it will be quickly followed up by the sequel, Trick Play, about six-eight weeks later!

Next up, we have One Night with Him. This is the final book in the One Night series. 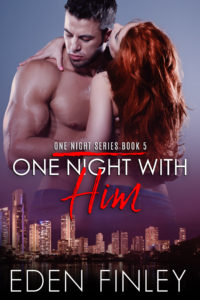 Sometime in the next month, I’ll be offering a freebie that is related to the One Night crew to my subscribers, so make sure you’re subscribed HERE. The freebie is a short novella (only about 28,000 words), where Spencer’s sister, Tammy, gets her own little happily ever after. Still waiting for the designer to finish up the cover for this one.

I’m also working on a new MM duet, featuring a twin brother as the MC for each book. Book one, Unwritten Law, is already complete, but I’m waiting until I get a start on book two before I come up with a release date.

And then in September next year, I’m going to be part of a box set of fairytale retellings FOR ADULTS. The box set will be available for 99c and will contain 20, yes TWENTY books of your favourite fairytales being told with a dirty twist. 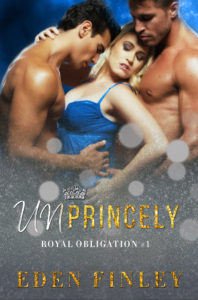 Cinderella eat your heart out! This MMF novel will be the first of three fairytale retellings I plan for this series.

ALL of these books will be available to read FOR FREE to my ARC team, so make sure you join my reader group on Facebook HERE.

All you have to do is review said books on release day!

What one are you looking forward to most?