When deciding to write together, Eden and Saxon both wanted to write something fun and tropey that was low-angst and the perfect escape. It was supposed to only be one book.

Their characters had other ideas. More CU Hockey is coming!

"Look out for Zach and don't hit on him."
My brother's request sounds easy enough. Keep an eye out for his best friend on campus and keep my hands to myself.
Easy.
Even if Zach is a quintessential nerd, who I've always thought was cute, I don't have the time to think with my ... stick.
There's only one stick I should be focused on this year, and that's my hockey stick. My goal once I graduate is to get an NHL contract.
The last thing I need is a distraction. On or off the ice.
Only, keeping to the rules is harder than I thought it would be.

People confuse me.
And no one more than Foster Grant.
I've barely spoken two words to him in the whole time I've known him, but the second I step foot on campus, he's impossible to shake.
I can never anticipate his next move. And whenever we're together, my next move is a total mystery as well.
I want to give in to him, but that might mean coming clean about something I've never been bothered about before.
I'm still carrying my V-card.
And I think it's time to turn it in. 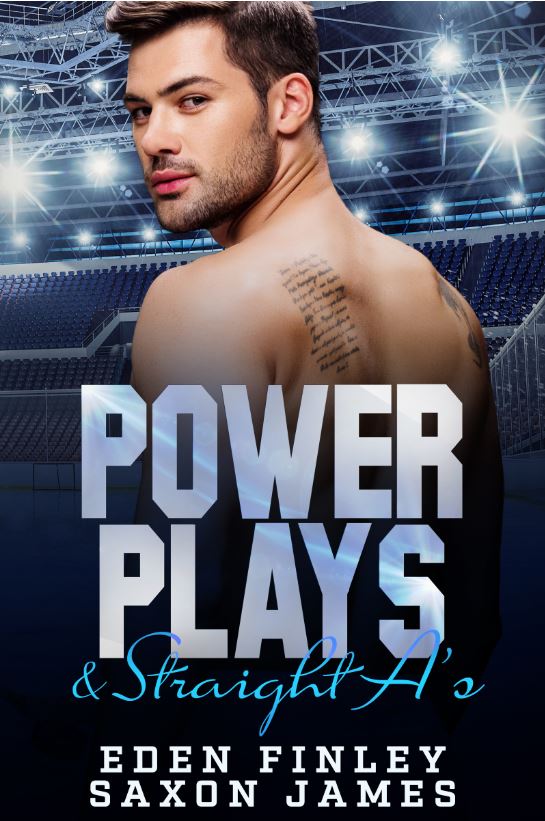 For the last three years, I’ve lived and breathed hockey with one goal: team captain.

There’s only one thing standing in my way. TJ Beckett.

Beck is irresponsible and immature, and I’ve hated him since the moment we met freshman year.

Yet, the coaches see something in him I obviously can’t, and they refuse to choose between us. The captain spot is going to a team vote, and the team thinks that what we need are a bunch of challenges to prove our worth. Challenges that have nothing to do with hockey. Challenges that are throwing me and Beck together.
And he’s still as infuriating as ever.

I have no idea why Christopher Jacobs hates me, and I can’t say I care. I like pushing his buttons, but the guy needs to loosen up. I’m going to win these stupid challenges easily and spend my senior year as hockey king on this campus.

Tormenting Jacobs at the same time will just be a bonus.

Even if I’m getting confusing feelings toward him, I won’t let it hold me back.

When it comes to competing, I’m all in, and nothing will get between me and the W. 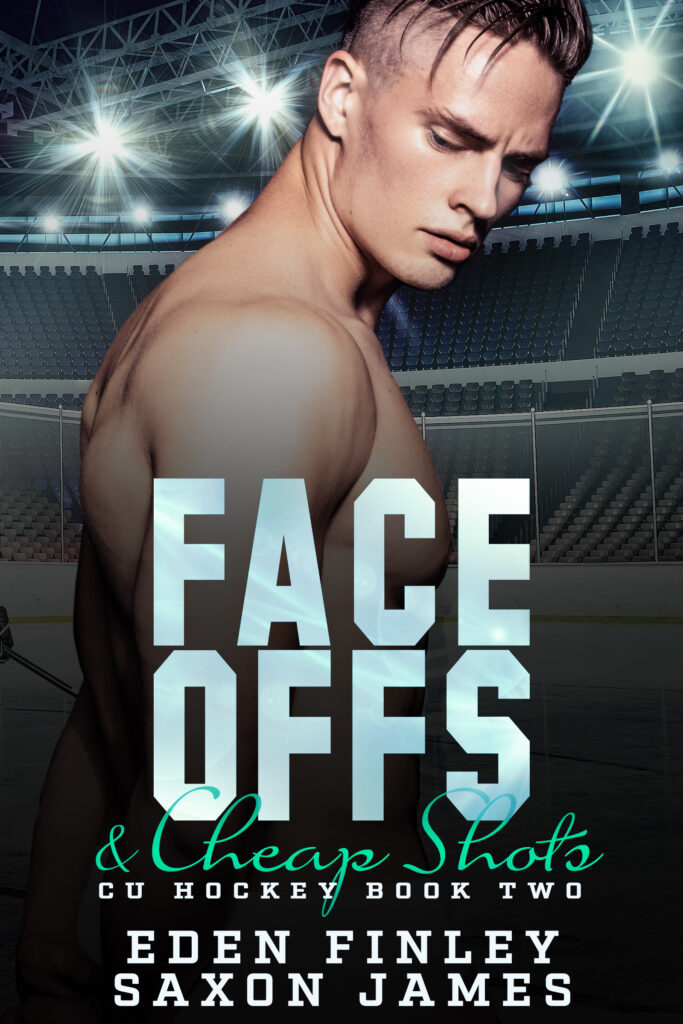 It turns out making out with my best friend in high school could be considered gay. Who knew? Apparently, everyone but me.

Now that it’s been pointed out, I can’t help reliving it in my head. Repeatedly. Goodbye Denial Town, hello Confusionville.

When my path leads me down the gay dating app route, I don’t expect to meet anyone I like, but then I meet him.

He can’t be more opposite than me. He’s smart, he hates hockey, and he identifies as demi—something I’ve never heard of.

Yet I can’t deny something’s there. Something I want to explore in person. If only I could get him to agree.

All my life, I’ve felt broken.

Sick of being asked if I could be gay by ex-girlfriends, friends, and even my parents, I join a gay dating app to prove a point.

I don’t expect to find what’s always been missing. A real connection.

The problem is, I’m too scared to meet him in person. He’s a hockey player, and I fear when he finds out my twin plays for the NHL, I’ll be overshadowed by my overachieving brother. Again.

Worse yet, what happens if we meet and that connection isn’t the same?

When I tell him I’m not ready, he’s disappointed but supportive. Fate, on the other hand, isn’t as accepting.

I had no idea the person I’ve been falling for is someone I already know. 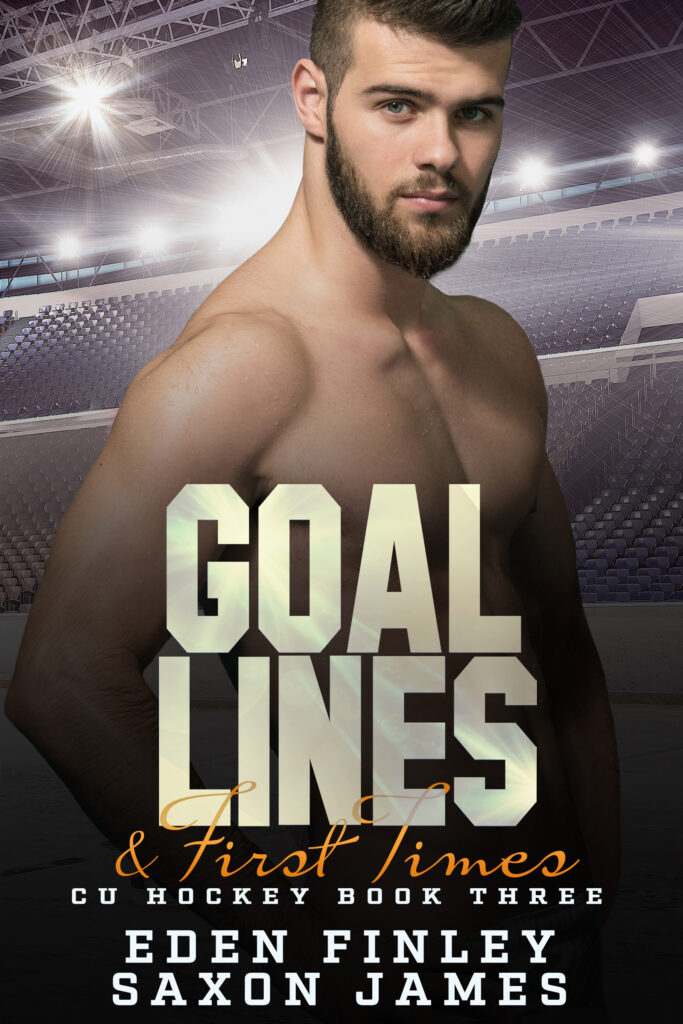 After a tragic accident that took our parents’ lives, it’s up to me and my big brother to take care of our five younger siblings.

In between burning their meals and keeping them from killing each other, I’m supposed to get a college degree. It’s hard when I don’t have time to breathe let alone study, and if I don’t get my grades up, I’m in danger of losing the one thing that makes me happy: my spot on the hockey team.

Which is why when the new equipment manager offers to tutor me, I really can’t afford to say no. Even though I should.

As this year’s equipment manager for Dad’s hockey team, I’m expected to deal with sweaty jock straps and herding hockey players to their rooms at away games.

The job is easy, but babysitting Asher Dalton is not supposed to be a part of it.

So why, when his brother asks me to keep an eye on him, do I agree?

Why, when he’s struggling in classes, do I offer to help?

And why, when we’re studying, do I suggest a reward system that lands us squarely in bed?

Asher's trouble, I know he is. But there's something about him that makes it impossible to stay away. 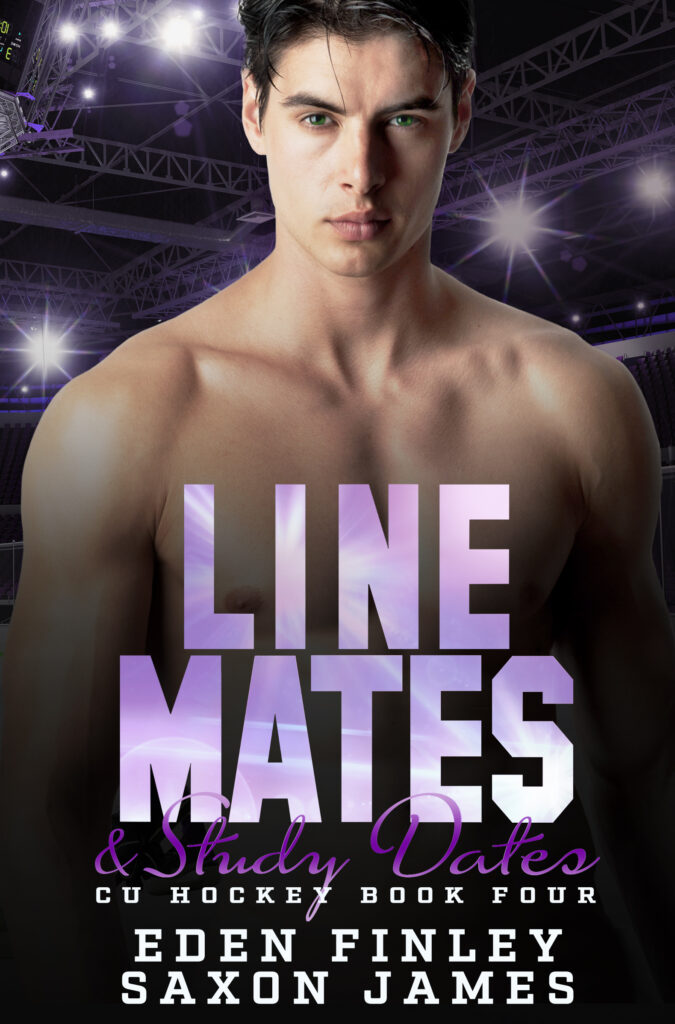 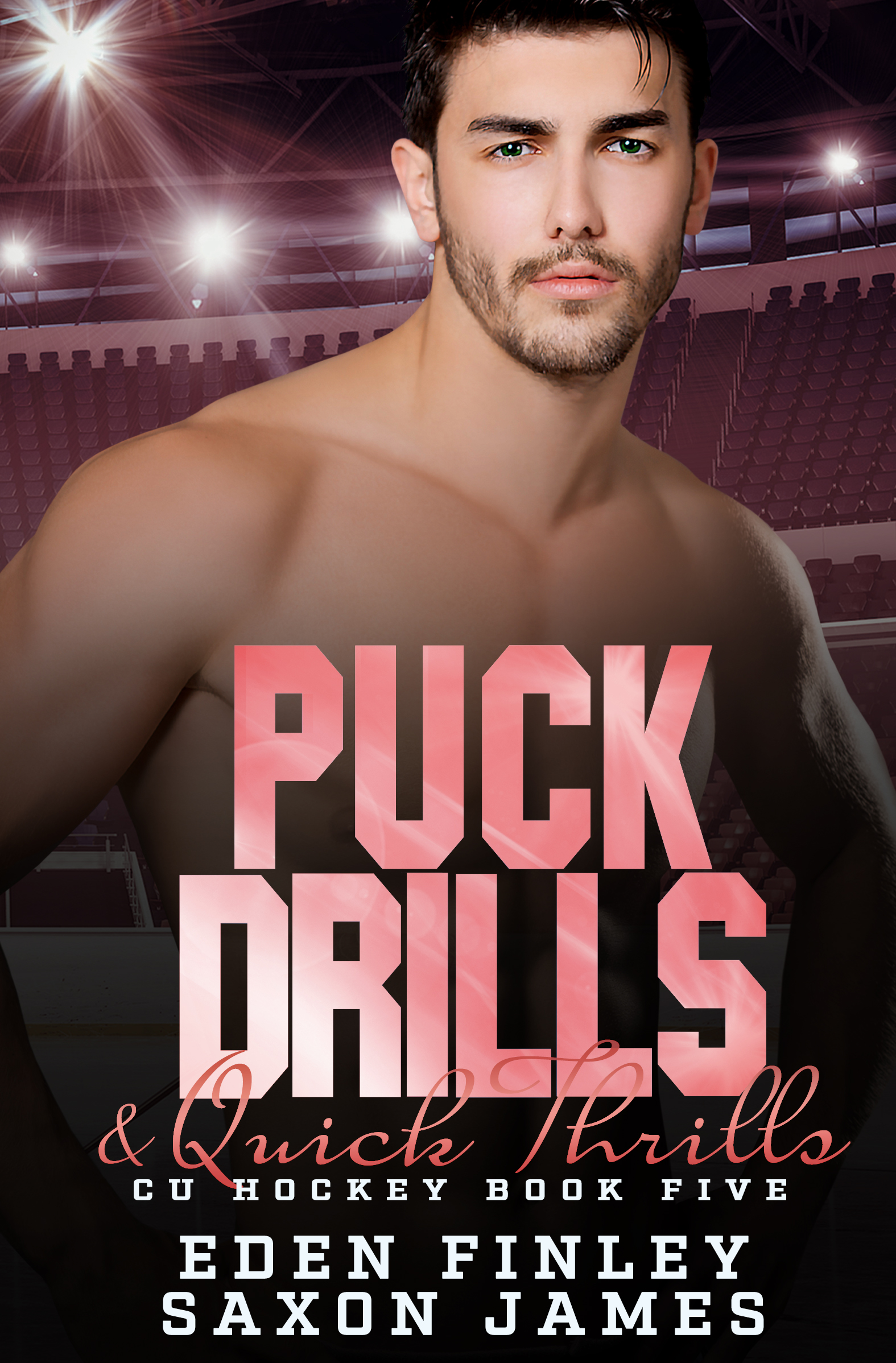 The last CU book is here!

Puck Drills & Quick Thrills says a final goodbye to the CU boys. Meet West and Jasper, a lost assistant coach and the hardass college professor, and watch them fall in love.