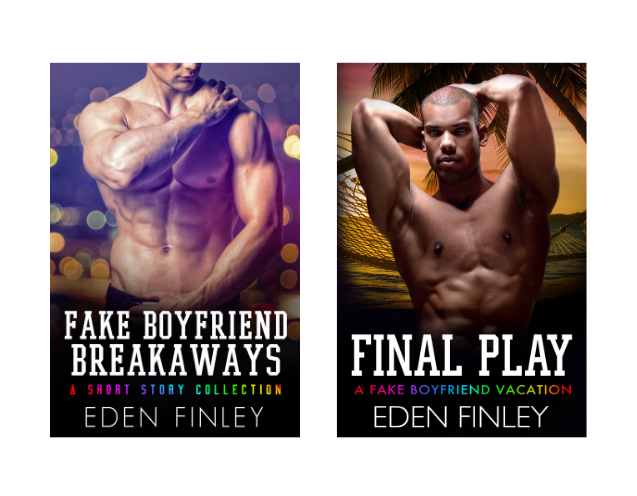 The reason I rarely go home is three simple words: I'm a liar.

When the pressure to marry my childhood sweetheart became too much, I told her I was gay and then fled to New York like my ass was on fire.

Now, five years later and after a drunken encounter, I find myself invited to her wedding. And I have to bring my boyfriend--the boyfriend who doesn't exist because I'm straight.

At least, I think I am. Meeting the guy I'm bribing to be my boyfriend for the weekend makes me question everything about myself.

When my sister asks me to pretend to be some straight guy's boyfriend, my automatic response is to say no. It's because of guys like him people don't believe me when I tell them I'm gay.

But Maddox has something I need.

After an injury that cost me my baseball career, I'm trying to leave my playing days behind and focus on being the best sports agent I can be. Forty-eight hours with my sister's best friend in exchange for a meeting with a possible client. I can do this.

I just wish he wasn't so hot. Or that he didn't kiss like he means it.

Wait ... why is the straight guy kissing me?

Want to know the fastest way to get screwed out of a football career? Get photographed in a compromising position in a gay bar. Yep, welcome to my life.

My agent says he can fix my image. He wants me to become the poster boy for gay football players. Me? I just want back on the field. I'll do anything to play for the NFL again, even pretend to have a steady boyfriend. If only my fake boyfriend wasn't Noah Huntington III--the most arrogant, entitled rich guy in the world.

Pretend to be Matt Jackson's boyfriend, my best friend said. It'll be fun, he said. What Damon neglected to mention is Matt is surly and bitter. Being his boyfriend is a job in itself. From his paranoia over being constantly photographed to his aversion to PDA, being with Matt isn't the care-free fake relationship I expected when I signed on to do this.

It's supposed to be a win-win. I get to stick it to my politician dad who thinks no one is good enough for the Huntington name, and Matt's reputation of being the bad boy of football dies.

What I don't expect is to start caring for the guy. That's not part of the plan. Then again, neither is fooling around with him.

Ollie
Word of advice: don't come out to random guys in public restrooms. Even if they're charming and adorably nerdy and offer to help.

My family believe I can't be happy if I'm not out to the world. I have a bitter ex-boyfriend and an unstable NHL career to show for it. A fake boyfriend seems like an easy and quick solution to get my family off my back, and this guy is volunteering. I take him up on it without asking his name.

I really should've asked for his name.

Lennon
Word of advice: learn how to introduce yourself properly.

In my defense, I don't recognize Ollie Strömberg right away. I cover football, not hockey.

That all changes when my editor reassigns me.

It's a lesson I should've learned by now. Nothing's changed since high school. Jocks still hate nerds. But even worse, athletes hate journalists. Especially ones who know their secret.

When Talon left to play pro ball six years ago, the hole in my chest confused me. I focused my heartache into making my own NFL dreams come true, and by the time I was drafted, the longing I had for my best friend was buried deep.

Now he wants everything to be like it was in college, but we can't have threesomes and be reckless like we once were. The media storm would be enough to break both our careers.

That's not my biggest concern though. The torch I had for him burns brighter after so long apart, and there's nothing I can do about it. Marcus Talon is straight.

I need to stay away from him.

Years ago, Miller and I made a pact that we'd win a Super Bowl together. When I'm offered a position on his team in Chicago, I don't hesitate. I move across the country to chase a dream that's a decade old.

Only, now that I'm here, he's avoiding me every chance he gets. If he was anyone else, I'd cut my losses.

But this is Shane Miller--the guy who makes everything better just by existing in my universe. The guy I'd do anything for. The guy who's more to me than a brother, a friend, or even a teammate.

I'm not going to let him get away.

**Unlike the other books in the Fake Boyfriend universe, Blindsided does not contain a fake boyfriend trope.**

You know what’s not fun? Going on a Fiji vacation with four other couples. Especially when recently single.
What’s even worse is when a past hook-up arrives unannounced.
Not only do we have a history, but he’s ten years younger and a famous rock star. Most importantly, he’s my friend’s little brother.
Being trapped on an island with Jet Jackson is going to be sweet torture because all I want is another chance.
I just don’t think he’s going to give it to me.

You know what’s not fun? Escaping one guy who broke my heart only to run into another.
Being on the road for three years has left me exhausted. The last thing I want is for Caleb ‘Soren’ Sorensen to try for round two.
I can’t fight my draw to him. I’ve never been able to.
I’m suddenly back to being the naïve kid who stupidly lusted after a hockey player.
All I can think is if I let Soren get close, I’ll walk away from this vacation with a double broken heart.

**This is the final book in the Fake Boyfriend series and as such is not recommended to be read as a standalone. All main characters of the series feature heavily.**

Breakaways is a collection of short stories from Eden Finley’s Fake Boyfriend universe. They all feature side characters from the series but do not contain fake boyfriend tropes.

Rebound (Fake Boyfriend 2.5)
Aron and Wyatt have been best friends since college and are both rebounding from bad break-ups. One night of drunken sex makes them question their whole friendship and what they’ve had right in front of them all along.
Best read after Trick Play in the Fake Boyfriend universe.

It’s Complicated (Fake Boyfriend 3.5)
Max has been in love with his childhood best friend, Ash, for years. The reason he has kept it a secret is because Ash also happens to be Max’s brother’s ex-boyfriend. Complicated doesn’t begin to explain their relationship.
Best read after Deke in the Fake Boyfriend universe.

Winning You (Fake Boyfriend 4.5)
(Previously published in Heart2Heart volume 2. This story has been extended from the original and re-edited.)
Marty and Luce win a blind date through a charity raffle. Marty is young and vibrant. Luce is older and a little bit bitter. In one night, they manage to change the course of each other’s lives.
This is a prequel of Hat Trick in the Fake Boyfriend universe.

It’s a vacation none of them will forget.

Before their futures become the present, Noah convinces his friends they need a group vacation—a final play before they’re all tied down by responsibility and unyielding schedules.

A trip to Fiji is the last hurrah to end all hurrahs. And from disastrous marriage proposals to grand gestures to life-changing confessions, two weeks on a private island becomes the beginning of the rest of their lives.

**Final Play is a 50,000 word novel told in the point of views of all ten Fake Boyfriend main characters. It contains the boys’ final HEAs. It is not intended to be read as a stand-alone.** 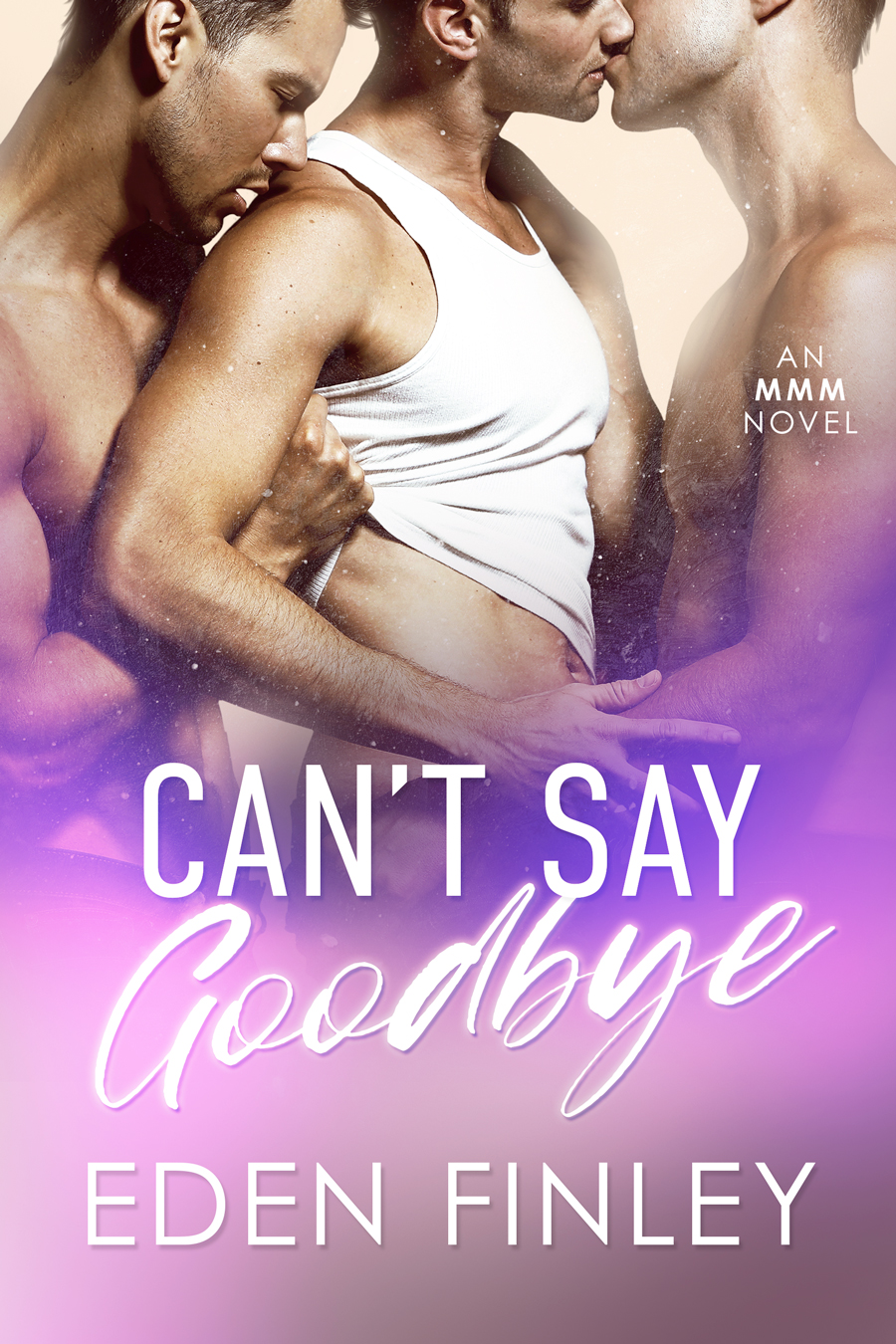