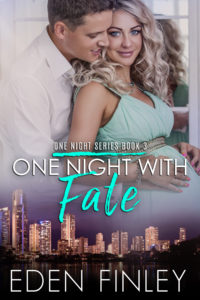 Spencer Crowley wants the one thing he can’t have: Reece Knightly—the girl he’s been in love with since the age of twelve. And now, at twenty-seven, Reece is still off-limits. The fact she’s his best friend’s ex-wife isn’t the only problem. The big rock on her finger screams hands off. Spencer has to sit back and watch as she plans to marry yet another man who isn’t him.

Reece is ready to trade loneliness for the stability marriage will provide, but there’s that nagging feeling in the back of her mind telling her something’s not right. Paul might not be who she wants, but it’s who she needs.

When Reece and Spencer find themselves alone at the pub, the liquor flows freely and mistakes are made.

It’s a drunken mishap they both vow to forget. Only, fate won’t let them off the hook that easily.

Oh, Reece and Spence. What have you done? *sigh*

I wasn’t going to write you two a book. I figured no one wanted to read about your affair. I didn’t think Reece’s character was redeemable after her behaviour in One Night with Hemsworth.

Yet, you pushed and pushed and asked I try to redeem you, because you want the world to know that not everything is black and white. You made mistakes … a lot of them, but that doesn’t necessarily mean you’re a bad person, Reece.

I don’t know if I managed to make you likeable, but I hope readers realise that you’re motivations weren’t always self-serving.

There were always three sides to every story. Theirs, yours, and the truth.

In every version of my life, I’d become the villain of all three.

Perhaps it was the way I was raised. Perhaps I was a bitch to my core.

All I knew was, since sleeping with Spencer, I became a person I despised.

I wasn’t a cheater.

I wasn’t a cold-hearted bitch.

Yet, in the span of a few weeks, I became all three.

I proved this when I turned up on Cole’s doorstep at six AM.

The whole morning was a fuzzy haze.

I remembered banging on the door. Hunter letting me in. Walking in on Cole and Paige in a half-dressed state.

The miniscule piece of hope I was holding onto that it was a different Paige than my soon-to-be stepdaughter was dashed.

“What the fuck, Cole? How could you do this to me?” I yelled.

He took a few steps back. “To you? I’ve done nothing to you.”

“Fucking Paul’s daughter has nothing to do with me? Really?” I took out my phone and replayed our phone call.

When I took out the domestic violence order against Cole years ago, the police suggested I download an app that recorded all my phone calls.

There was no way Cole could try to tell me I heard wrong.

Cole let out a loud breath. “We’re not just screwing around. We’re together.”

Together. With my stepdaughter. Paul’s daughter.

I lost it. And the sad part was, I knew my anger was displaced, but I couldn’t stop the verbal vomit as it flew out my mouth.

Not only was it vindictive, but it was harsh.

Words like “If you don’t end it, you won’t be able to see Cody again” were thrown out there. Cole signed over his parental rights when we split because of what he did to me. He didn’t want Cody around that. But when he sobered up, he wanted visitation, and I gave it to him. I had the power to take Cody away from him, and I dangled that over their heads to get my way. Something I had no right to do.

Things like raging alcoholic, he caused my miscarriage when he attacked me, and he’s not a good person were also yelled.

And when Cole told me “I feel so much more for Paige than I ever did for you,” the anger that should’ve been directed at myself was projected onto the man I blamed my crappy life for. But this time, he didn’t deserve it.

I was fighting to keep a hold of something I didn’t even want. And for what? To cover up an affair I had while engaged to a man I had doubts about marrying.

I took everything out on them when I should’ve been confessing my own sins.

That didn’t stop me from trying to justify my actions as I told Paige she would be better off without him.

True or not, it wasn’t my place.

If I could’ve taken it all back, I would have.

But by this point, I was so far in the hole I couldn’t see the light anymore. There was no light.

I was drowning, and I wasn’t strong enough to fight it. Instead, I pushed everyone else down so I could remain afloat. The problem with that was, I knew I’d run out of people to lean on eventually, effectively drowning us all. 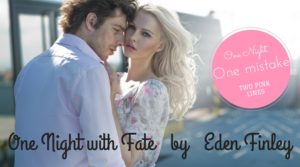